The police have arrested a Chinese national who was about to be lynched by residents of Kwahu Apradang in the Eastern region of Ghana for allegedly shooting an 8-year-old boy. 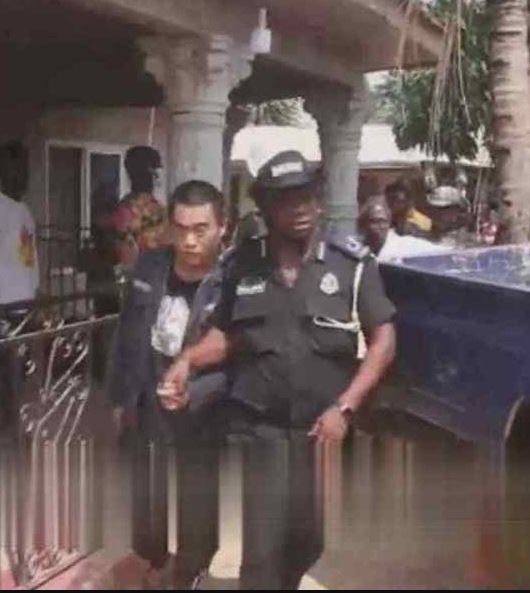 The incident reportedly occurred on Wednesday, Jan. 12, while the victim, identified as Kwasi Mireku, was playing with his friends.

The suspect has only been identified as “Soldier.”

Narrating the incident to Adom News, the mother of the victim, Sarah Pedikan, said she was working in her backyard when she heard the gunshot and asked the children to leave the place.

Soon after, some friends of Kwasi rushed to announce that Kwasi had been shot.

“I asked my son what happened, and he told me he was going to pick water from the room, but when I confronted the Chinese, he said my son was rather going to his room,” she narrated.

However, angry residents believe he did it on purpose, adding this is not the first time Chinese nationals in the area have allegedly attacked locals.

The timely intervention of the Nkwakaw Divisional Police Command saved the suspect from being lynched as locals besieged his house amid threats to set it on fire.

Locals have threatened reprisal attacks should such an incident happen again.

The Divisional Commander ACP Kofi Adu has urged residents to remain calm as they begin investigation into the matter.

Kwasi, who is also in a critical condition, is currently undergoing treatment at the Nkawkaw Government Hospital.