A video of a Nigerian police officer arresting a man for not having a tinted glass permit in Ikeja, Lagos state has gotten the attention of the police headquarters. 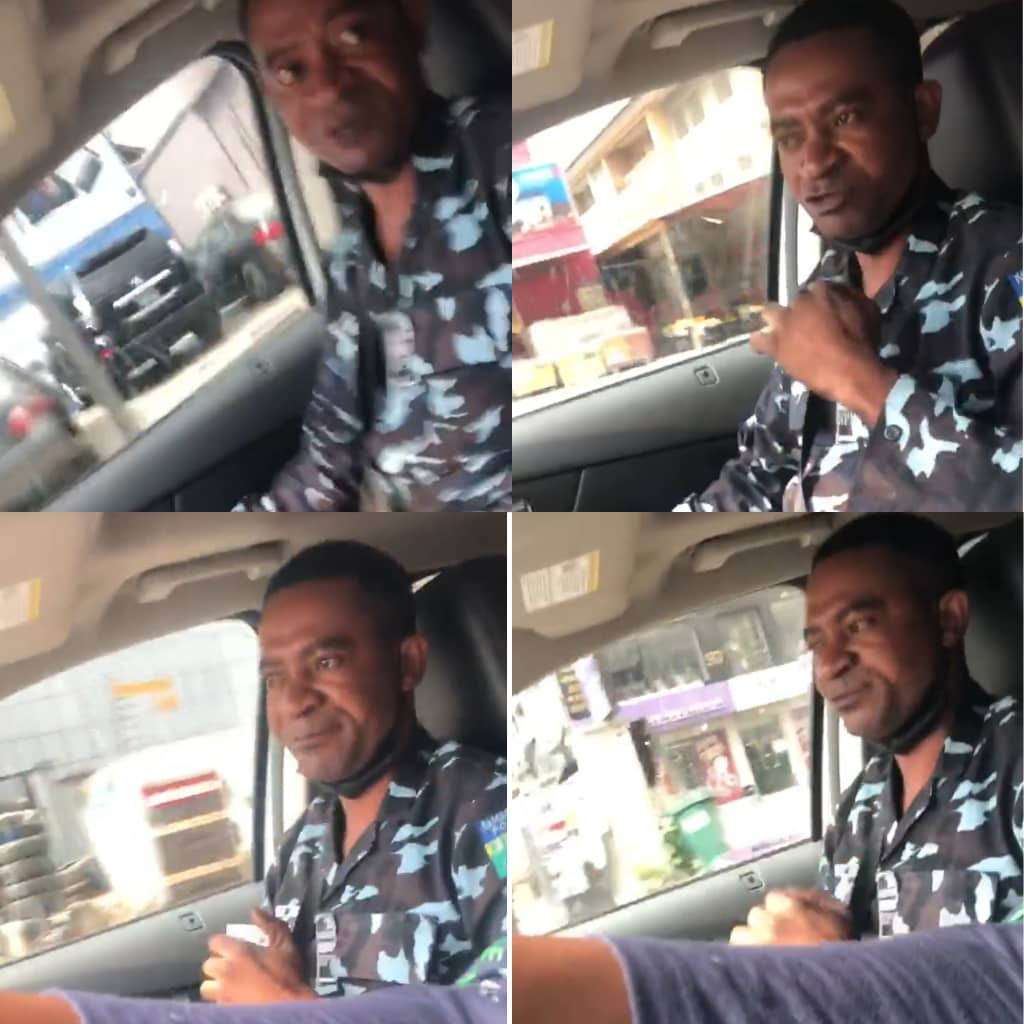 As a result, the Nigeria Police Force has now begun an investigation after a Twitter user shared the video.
The Twitter user claimed he was made to part with N20,000 as a fine for not having a permit.
This comes a few days after the acting police spokesperson, CSP Olumuyiwa Adejobi, informed Nigerians that police officers are not to demand a tinted glass permit.
Adejobi via his Twitter handle stated that the permit for tinted glasses has been suspended since June 2021 and wondered where officers expect Nigerians to get it from. He described officers who ask Nigerians to present a permit as deviants. The Police complaint unit also disclosed that an investigation has now been launched. 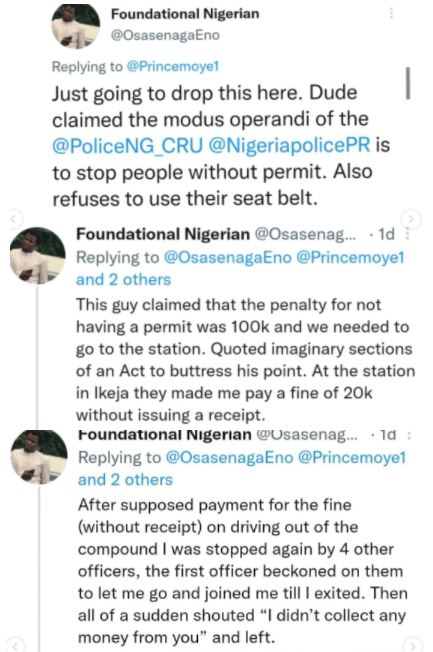 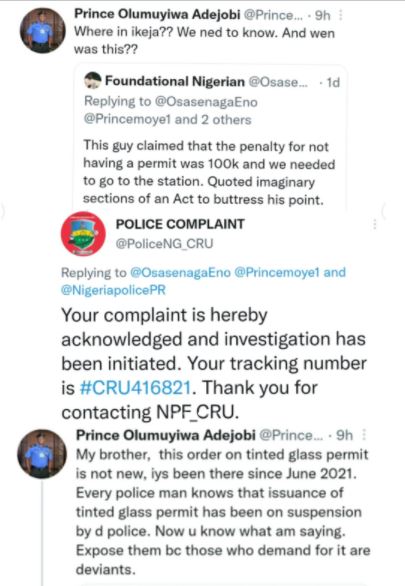 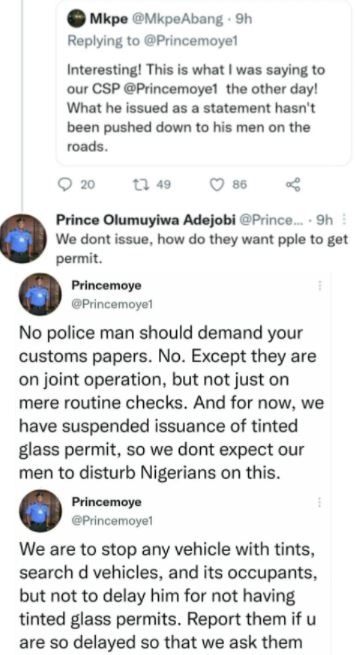 Watch the video showing the Twitter user’s encounter with the police officer below:

Abba Kyari Has Many Cases With Us, Police Authorities Shielded Him Since 2008 – Nigerian Agency, NHRC Reveals

Suspected Fraudster Arrested While Hiding In A Water Tank