A police officer who is said to be a cultist has been killed by a rival group in Edo state. 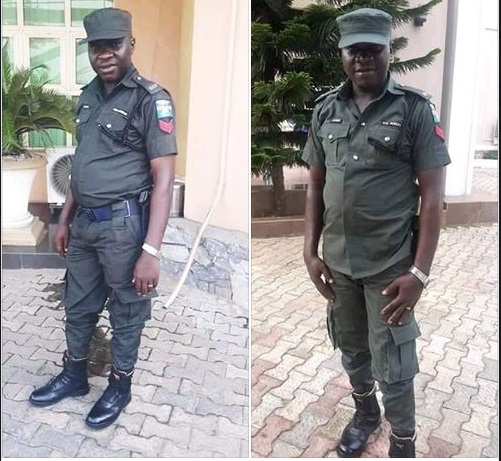 Oisa Monday Ehigie (Photo: National Helm)
Unknown gunmen have killed a policeman identified as Oisa Monday Ehigie. Late Monday was the police orderly to the Chairman of Ikpoba-Okha local government area, Dr. Eric Osayande.
He was shot dead on Saturday night at Nomayo Junction along Upper Sokponba road in Ikpoba-Okha local government.
His killings might be connected to the on-going cult war in Bénin City in which several persons have been killed in different parts of the State.
State Commissioner of Police, Hakeem Odumosun, who confirmed the killing said he has visited family of the slain policeman.
He said efforts were on to arrest the killers.
According to News Agency of Nigeria (NAN), the commissioner said the slain officer was killed alongside two members of his cult group.
According to him, the slain policeman died while fighting on the side of his cult group against rival cult group.
“Three people were killed in the fight, the police officer and two others. “I have gone to see his family. It is a cult killing and the officer is a cultist,” the CP said.
The commissioner, who said arrests have been made in relation to the killings, also said some guns had been recovered.