A combined team of security agents in Ekiti have arrested some thugs in the state.

It was learnt that the armed thugs were apprehended at about 3 am on Wednesday.

The thugs were allegedly going to Ekiti from Ibadan, the Oyo State capital.

It was gathered that the thugs were going to Ekiti in an attempt to disrupt the Peoples Democratic Party (PDP) primary in the state.

The party intended to conduct the primary ahead of the gubernatorial election later this year.

The thugs were in many vehicles before there were intercepted on Wednesday.

It was gathered that the thugs were believed to be members of Oyo state Park Management System (PMS).

Sources said that the thugs were caught with various weapons.

Items recovered from the suspects included guns, machetes, charms and many other harmful objects. 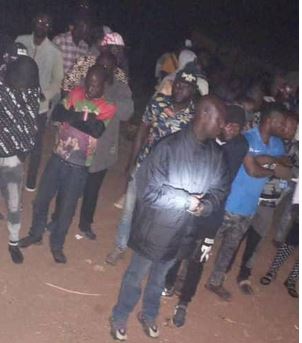 DNA: Man Kills His 4-month-old Son After Doubting His Paternity