ASP Edward Bua, a senior police officer, has been arrested in connection with the murder by arson of his 66-year-old mother, Nyakuni Margaret Onzia, in Uganda.

The deceased, a Deputy Director Uganda Nurses and Midwife Council, died in a fire at her home in Bugonga, Entebbe Municipality in Wakiso District on Saturday, January 29.

Kampala Metropolitan Police deputy spokesman Luke Owoyesigyire, who confirmed the incident said that 38-year-old ASP Bua, who is also a lawyer by profession, was found with a match box.

“We have detained the officer at Entebbe Police Station on charges of murder,” Mr Owoyesigyire said. 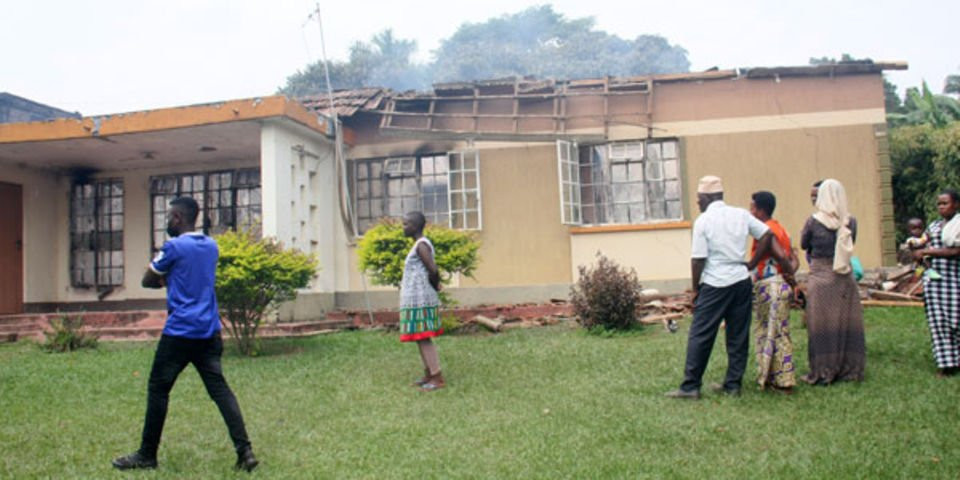 Onzia’s body has been conveyed to the city mortuary at Mulago for a post mortem.

Mr Owoyesigyire said they are still investigating the motive of the arson.

Late Mrs. Margaret Nyakuni was serving as the Deputy Executive Secretary of UNMEB at the time of her death.

Before that, she served as the Principal for Arua and Soroti Schools of Comprehensive Nursing and Midwifery tutor Incharge of Domiciliary at Mulago School of Nursing.

Colleagues have described her as a kind hearted, dedicated and passionate leader in the fraternity.