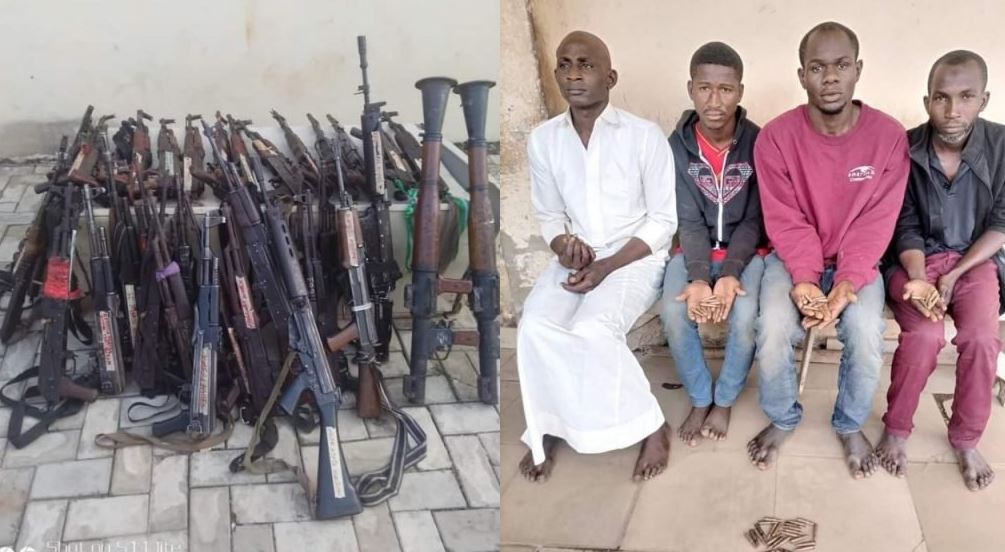 A statement issued on Wednesday by the Force spokesman, CSP Olumuyiwa Adejobi, said that several dangerous ammunitions, including 57 AK47 rifles and a large catchment were recovered from the suspects.

According to the statement, the development followed the Inspector-General of Police, IGP Usman Alkali Baba’s recent charge to the men of the Nigeria Police Force to be dauntless in the fight against crime and criminality in the country.

He said they were arrested following a credible intelligence on their nefarious activities in Jos and its environs.

The suspects, who confessed to their involvement in arms dealings and other criminal acts, have been identified as one of the major links for the supply of arms and ammunition to criminal elements terrorizing the State and some other parts of the country.

The investigation team is on the trail of their accomplices and they are closing in on them.

The statement also revealed that operatives of the FIB-IRT acting on a tip-off, smashed and arrested three suspected gun runners in Ibi LGA of Taraba State.

The suspects, Bello Sani, Venab Puncat and Yusuf Nahoda, all of Ibi Local Government Area of Taraba, during interrogation were said to have confessed to purchasing one AK47 rifle, and one SMG rifle at the cost of Nine Hundred Thousand Naira (#900,000).

The statement added that concerted effort has been activated to arrest their collaborators and recover the exhibits for possible prosecution.