A young man who attempted to use his mother for money ritual has been apprehended by residents of Imo State.
It was gathered that the incident happened in Owerri, the capital of the state.
The mother of the young boy identified as Eziada Chika Mbachu reportedly survived multiple stabs from her son before she was rescued.
Vanguard gathered the incident happened early hours of Monday, between 7 am and 8 am at Heroes apartment opposite Concord hotel in Owerri. 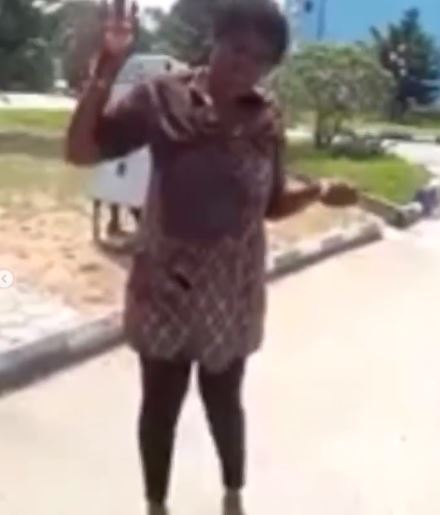 On how the woman escaped, he said: “The mother was shouting and calling for help with blood stains and wounds on her body. The neighbours heard of it and started rushing to help her. They rescued her. When the son saw many people coming he stopped attacking the mother.
“It was that time that the mother fell and started crying and the neighbours rescued her and separated her from the son.
“As I am talking to you the woman has been rushed to the Federal Medical Centre, hospital for treatment so that treatment can commence on her immediately because of the knife cuts. The police have arrested the boy and taken him to the station.”
Reacting, the mother of the Victim, Mrs Mbachu, is believed to be a parishioner at Holy Trinity Catholic Parish at World bank in Owerri.
She thanked God saying: “I thank God for rescuing me. I thank God for rescuing me. I thank my neighbours for rescuing me. I thank everybody who came to my rescue. I thank my neighbours. God in heaven I say honour to your name.”
Eyewitnesses said he was on a mission from Abuja to sacrifice the mother but when the plot failed, he suddenly lost his senses.
Watch video below:

Panic Over List of Internet Fraudsters Allegedly Released By Police

Malami accused of working with US Government to illegally extradite Nigerian