Twitter User Laments As A Room And Parlor Apartment In Lagos Now Goes For N500, 000

A Twitter user identified as Monye Morris has called on the Lagos state government to look into the increasing prices of house rents in the state.

In a Twitter thread, Morris said that he recently got a call from someone to help her pay for a single bedroom with a parlor apartment she saw in Mushin, a suburb in the state. He said he was shocked when the lady informed him that the rent for such a small apartment is N500, 000 a year.

”Someone called that she saw accommodation in Mushin for a single bed with parlor. I tell her no problem that I will foot the bill for her. As an afterthought, I ask her how much she said rent is 500k.

Govt should do something about the high cost of rents in Lagos. The landlord even demanded 2yrs rent.” 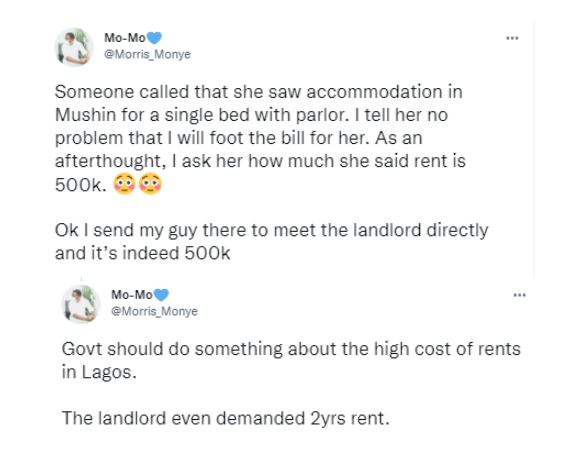