Two people are feared dead as two vehicles collided at Nawfia axis of the Enugu-Onitsha expressway.

The vehicles involved in the accident are a Toyota Highlander with registration number ACA 688 PX and Mercedes 911 with registration number AH 367 UWN.
Eyewitnesses around the accident scene, including Mr Amos Nwovu attributed it to loss of concentration perhaps arising from use of mobile phone while driving.
Driver of the ill-fated 911, Mr Sunny Balogun from Ogun State, who explained that he and his two colleagues, now trapped by their vehicle conveying banana from Cross River State, said occupants of the Toyota vehicle absconded the scene on notice the damages caused.

Meanwhile, FRSC officials have arrived the scene at the time of this report, trying to lift the vehicle and free those trapped.
More photos below. 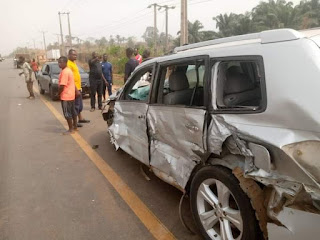 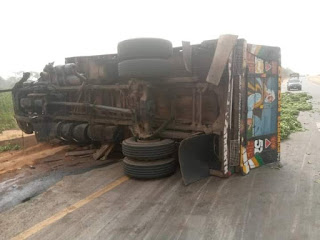 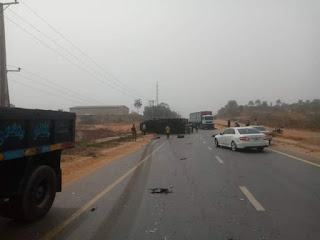 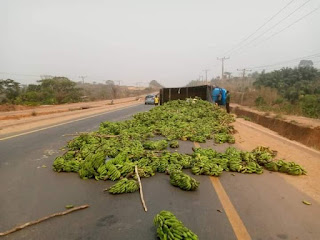 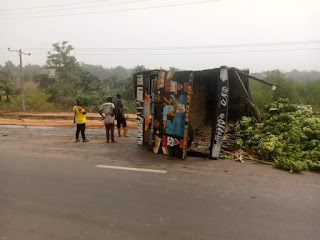 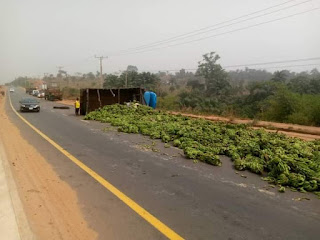