Uche Nwosu, a former governorship candidate in Imo State has been released from police custody following his arrest yesterday inside a church.

According to Nwadike Chikezie, SA Media to Ugwumba Uche Nwosu, the politician was released unconditionally as the IGP denied ordering his arrest.
See full statement below:
PRESS RELEASE.
27/12/2021

UGWUMBA UCHE NWOSU HAS REGAINED HIS FREEDOM
…RELEASED FROM THE ABDUCTORS UNCONDITIONALLY
…DID NOT SPEND THE NIGHT IN CUSTODY AS IGP SAID HE NEVER ORDERED SUCH OPERATION
This is to inform the general public, friends and well wishers, supporters and Sympathizers that Ugwumba Uche Nwosu, who was abducted by security agencies while observing Church service at St Peter’s Anglican Church Umunwokwe Village Eziama-Obaire Nkwerre LGA has regained his freedom and released unconditionally. He never spent a Night in their custody as every effort was put in place to get him out .
Recall the ugly incident that took place yesterday, 26th December,2021 at St Peter’s Anglican Church as security operatives swooped on him inside the Church during the outing service of his mother’s burial and whisked him away amidst sporadic shootings and harassment of the congregation.
I have spoken with him and he extended his greetings to all of us out there.
While we await Police report on why the ABDUCTION and ARREST, we call on everyone to remain calm and focused because God is in charge of the whole situation.
The act of desecrating the House of God we all know a direct affront and challenge to God Almighty. We leave God to do his fight because vegeance is of God but to all Christians, does it now mean that the Government has no more respect for God and does it now mean that House of God is no more a place one can take refuge? God prove your answers !!!
It is obvious that no weapon fashioned against the rightous shall prevail.
Ugwumba Uche Nwosu is a perfect gentleman who has great deal of respect for constituted authorities and has never for once caught up in civil disobedience. There was never an Invitation and if anyone says otherwise, let the person come forth with evidence.
People of God, mat those who see themselves as your enemies continue to make mistakes that will be advancing your course … Amen.
Ugwumba Uche Nwosu loves you all and he is grateful to God Almighty and to all your prayers.
To God be the Glory!
Signed
Nwadike Chikezie
SA Media to Ugwumba Uche Nwosu 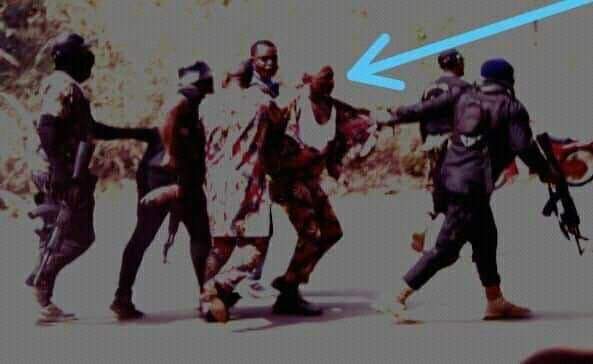