Students of the University of Benin UNIBEN have protested against the strike action embarked upon by the Academic Staff Union of Universities (ASUU).

To show their anger, the students on Wednesday, February 16, barricaded the ever-busy Benin-Ore-Sagamu expressway.
On Monday February 14, ASUU declared a four-week warning strike after its National Executive Council (NEC) meeting in Lagos. According to the union, the strike is to compel the Federal Government to implement the renegotiated 2009 agreement it had with the government.
The protesting students were in their numbers by the entrance of the Ugbowo campus of the university, chanting slogans and solidarity songs like “aluta continua…” and “education is our right,” among others.
They expressed their frustration over the incessant strike of university teachers and urged the federal government to heed to ASUU demands.
Some of the protesting students carried placards with various inscriptions such as “5 years course has turned to 7 years; “FG settle ASUU” and “Enough is Enough.” Some of them turned the highway into a football field, playing in sets while the students’ leaders were sharing bottles of water, soft drink, pies, and doughnuts to the demonstrators for refreshment.
The students’ action caused a gridlock on the highway for about four hours, forcing many motorists to avoid the route while those going into the Edo capital had to divert their ways.
Speaking on behalf of the protesting students, the President of the Students Union Government (SUG) in the institution, Foster Amadin, said
“Since two days now, we have been to our classes and there have not been lecturers to teach us. So we have nothing to do. We asked what was happening and they told us ASUU is on strike again; that they are on one-month warning strike.
So we now felt that we should come to the street to say we are tired. We hereby express our grievances to the federal government, to the state government and whoever cares to listen and. We say we are tired.
We want to graduate. For a programme that is supposed to run for four years, we are spending five years and even more. We don’t want it anymore. Let the federal government see to the demands of ASUU and let ASUU also consider the federal government’s position.
All we want is to go back to our classes. I want to graduate; I want to leave the school. I am tired and that is our grievance” 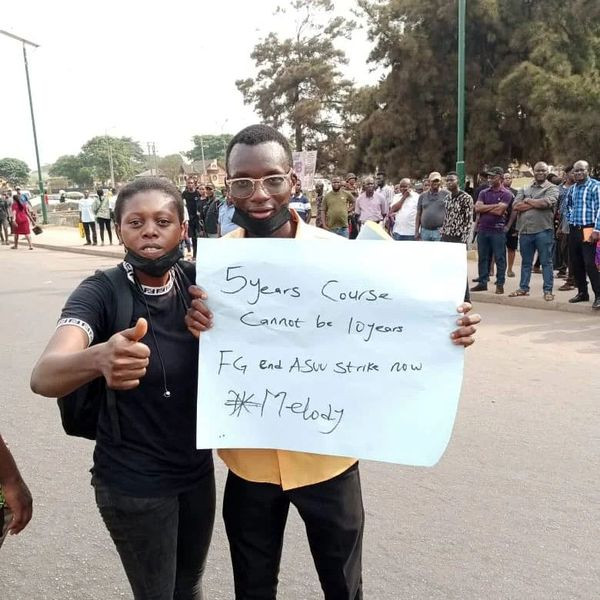 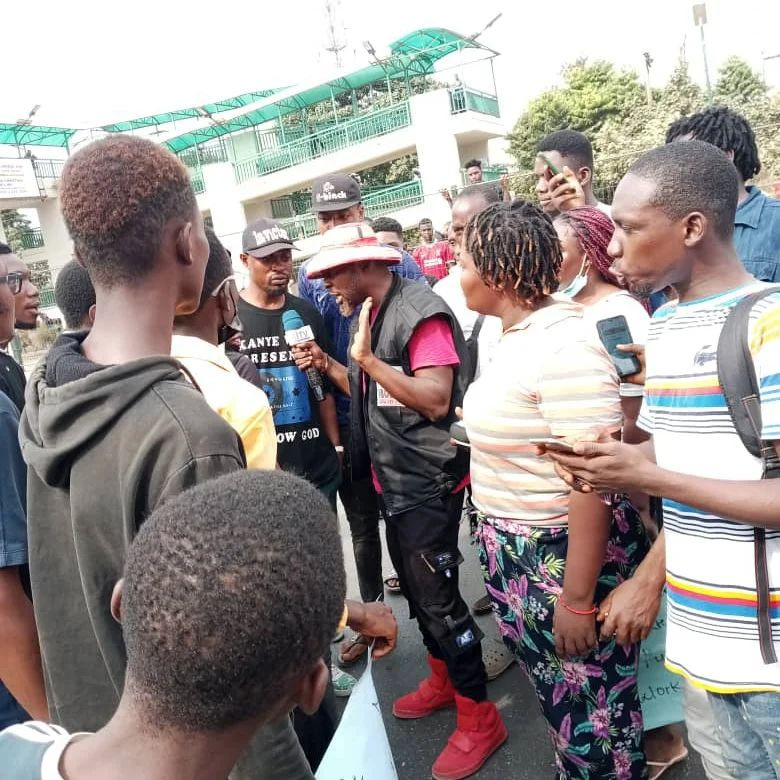 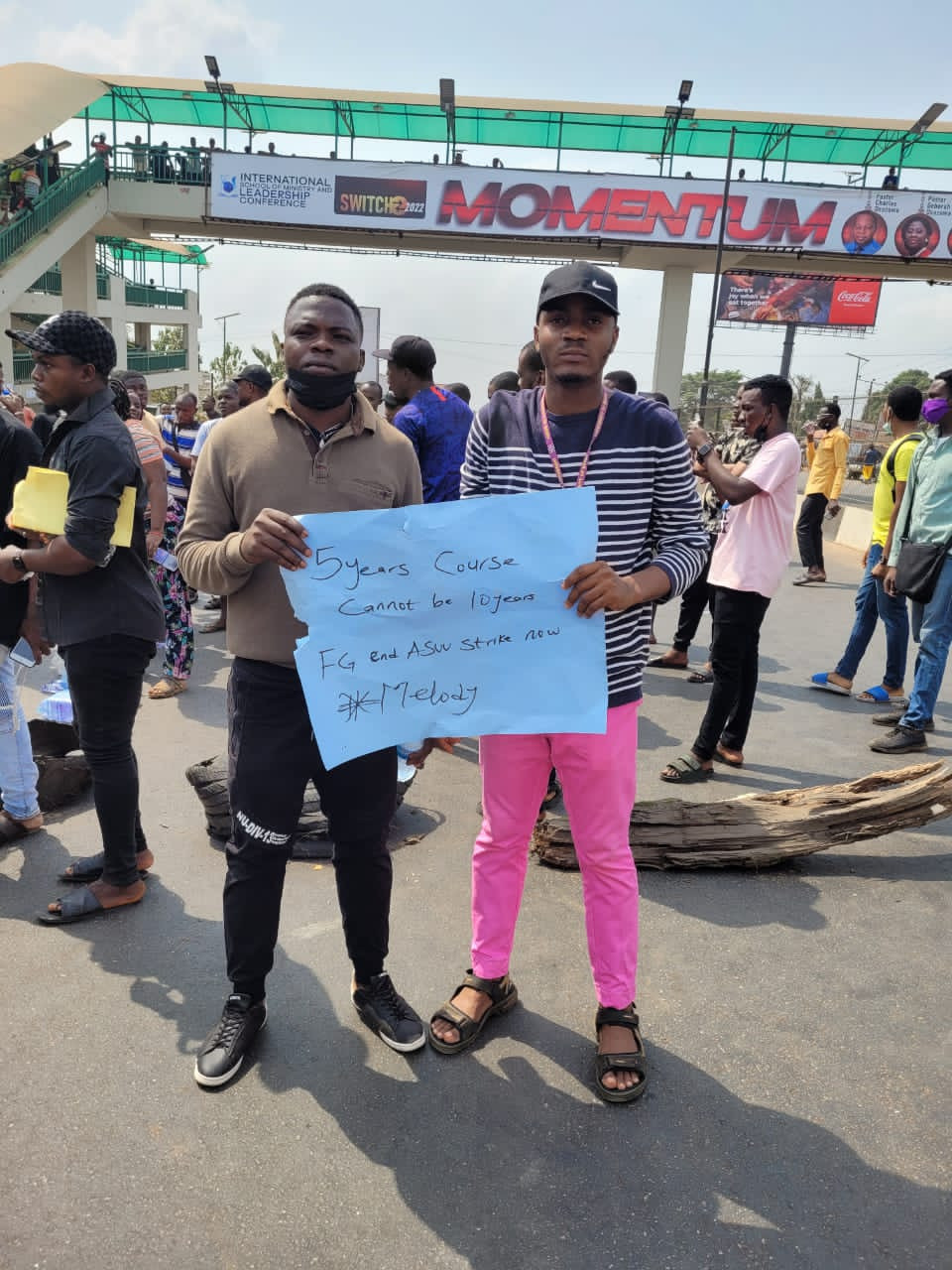