The Lagos state Commissioner of Police, Zubairu Muazu (mni), has met with the traditional rulers, religious leaders, elder statesmen, parents, youths and other stakeholders in Ikorodu area of Lagos to find lasting solution to cultism and other criminal activities by the youths, as the menace has been on the rise especially in the area.

However, the incessant clash of cultists groups, especially the recent clash, between two rival groups, Eiye and Aiye confraternities that led to the arrest of 21 suspected cult members by the Anti-cultism unit of the Lagos state Police command in Ikorodu area of Lagos, have been a bane of security in the state; hence, CP, Zubairu has intensified his surveillance team, while he also met with respective community leaders to help nip the notorious act in bud.

In a bid to eradicate these incessant cultists menace, the Police Public Relations Officer, DSP Bala Elkana, has confirmed the arrest of the leader of the gang,Yusuf Omidele, popularly known as General, who according to them had been on the wanted list, was arrested.

According to him, the arrest was made after the Force received a distress call that some cultists from two rival groups engaged themselves in a supremacy battle along Isikalu Palace and Solomade area of Ikorodu.

He was arrested alongside 20 other suspects, while four locally made pistols, eight machetes and three daggers were recovered. 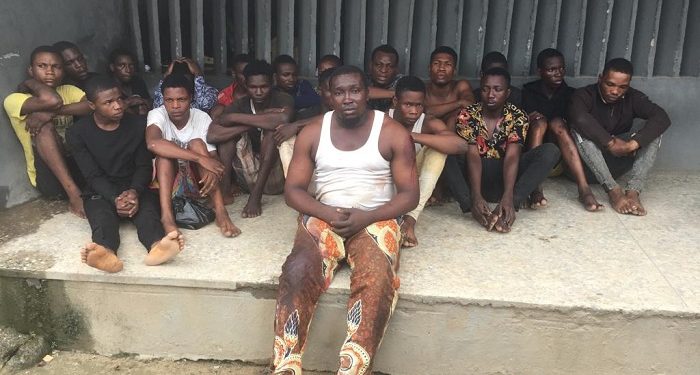 According to the Police, General had been charged to court on several occasions and sentenced to prison.

He completed his last sentence in 2014 and has become an Elder-in- Council, in Eiye Confraternity, the statement said.

He led his gang in a reprisal attack on the members of Aye confraternity, whom they alleged to have killed the wife of one of their leaders some weeks ago.

The suspects arrested belong to both Aye and Eiye confraternity and have all confessed to belong to secret societies.

Elkana, however, noted that the suspects will be charged to court as soon as possible.

Group of FIRS Staff detail how Fowler allegedly ruined FIRS, ask Buhari not to re-appoint him

Group of FIRS Staff detail how Fowler allegedly ruined FIRS, ask Buhari not to re-appoint him