Young Man Dies In Osun Barracks After Being Tortured By Nigerian Soldiers, Forced To Eat Own Vomit

Yinka Adekunle, a young Nigerian man has died after being beaten by soldiers of the Nigerian Army in Osun State, according to an exclusive report by SaharaReporters.

The deceased, with his friends, was said to have engaged in a squabble with some soldiers in mufti after the latter challenged them for not using belts to hold their trousers.

This enraged Adekunle, also known as Ojeere, who queried the authority under which the soldiers were challenging them. Meanwhile, the soldiers never identified themselves as officers and being in the same age group, the issue resulted in a fight.

A sister of one of the affected men told SaharaReporters that when the soldiers showed their real identities, they arrested her brother and took him to the Ibodi barracks in Ilesha where they tortured him.

She said when she visited the barracks, the soldiers requested payment of N500,000, as bail money for her brother, saying a soldier was injured in the scuffle. But it was later brought down to N300,000. However, she was unable to provide the money which made her approach Ojeere, now deceased, to contribute to the N100,000 she was about to gather. Ojeere volunteered N40,000 and the duo subsequently moved to the barracks to plead with the soldiers.

But instead, Ojeere was recognised by the soldiers as one of the civilians involved in the scuffle. He was thereafter apprehended and allegedly subjected to inhumane treatment while there, which later resulted in his death.

She, however, alleged that the soldiers are trying to cover up the case as they have decided to bribe the Divisional Police Officer (DPO) of a police station to divert the course of justice — a secret she was privy to because the soldiers communicated in Hausa — a language they never thought she understood. 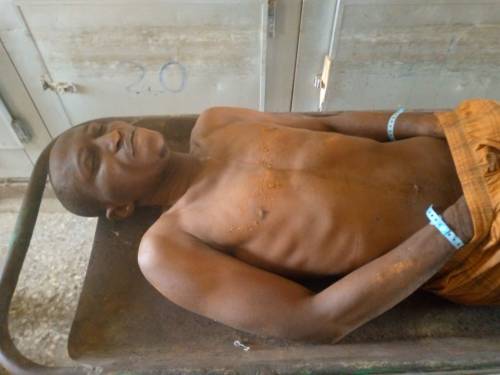 She narrated, “I received a call that my brother was at the barracks so I quickly stepped out and moved to the place, they brought him out and I probed to know what happened so he explained to me.

“They said they wouldn’t release him and his vehicle if they didn’t get Ojeere because there were three people they had a quarrel with on that day.

“The next day, I got there and asked people around what the problem was, they informed me that my younger brother and his friends ‘sagged’ their trousers, that they had no belts on, that the soldiers asked if they were not aware that the trousers could fall to their knees.

“But the soldiers weren’t in uniform and moreover, they’re all in the same age bracket so my brother and his friends said ‘leave us alone, how is it your business that we’re sagging?’

“It turned into a fight and the soldier said he sustained an injury, a very small wound that would have healed by now. Later I called Ojeere, he explained what happened in detail to me.

“He said when we get there and beg them, they might listen to us so I said let’s go with an aged person, possibly they would respect such person and listen to us. Ojeere said it might be too late for them to attend to us. That was around 8 pm.

“When we got there that day, as they sighted Ojeere, they pounced on him and beat him with ‘koboko’ (horsewhip), hit his head with wood, they threw him into the mud. I wanted to capture the incident on my phone but the soldiers seized my phone, they wanted to destroy my phone.

“I told the soldiers that they could still keep the vehicle in their custody but that they should release the men to me that night and that we would bring the balance but they refused. They insisted on collecting N300,000; they said we could sell our phones. That was on a Friday.

“On Saturday, I returned there and saw my brother and Ojeere cutting grass, I got them food to eat. My brother told me that Ojeere puked at night and the soldiers asked him to eat his vomit. He was telling them he was sick, but they kept beating him. That morning, he was very weak, he was already fainting. They kept beating him, he was falling, they didn’t stop.

“We told them to allow us to take him to the hospital and that he was sick, but they didn’t believe us until he fell. They intensified the beating thinking he was pretending but when they saw that he wasn’t breathing, they said they were taking him to the hospital. We remained in the barracks, not long after that, Ojeere’s father came with his uncle.

“Before his death, I had asked Ojeere for the contact of any of his family members but he said their numbers were in the phone, whereas the soldiers already seized his phone.

“Later I heard the commander telling another officer that the issue would be resolved and that the DPO would solve the problem once they paid the DPO. They spoke in Hausa, they didn’t know I understand the language.”

Revealed! Kaduna Train Bombing Is Among The 10 Major Global Rail Attacks Since 2010