A Nigerian woman has called out Governor Charles Soludo after she and her driver were attacked by touts aka agberos. 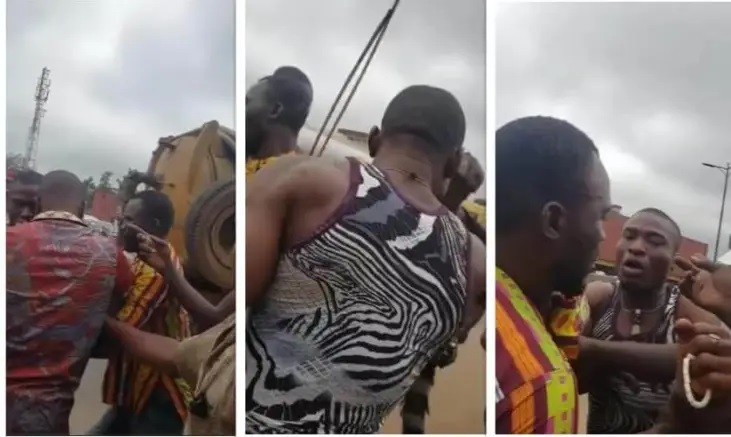 The woman who identified herself as Dr. Mrs Nwachukwu, said the incident happened as she was about to board a bus to Enugu.
The lady in her narration said she was on her way to Enugu where she works at the University Teaching Hospital (UNTH Enugu) when her car broke down.
Agberos decided to use the opportunity to extort her as she tried boarding a bus.
According to her, Soludo’s decision to order touts to stop collecting their illegal levies caused the incident.
She said that the agberos insisted that their oga ordered them to get money for one passenger which was picked up from the bus stop, adding that the incident which delayed her from going to work, happened at Nkpor New Parts, in Onitsha.
In the video, the agberos could be seen fighting.
Watch video below: